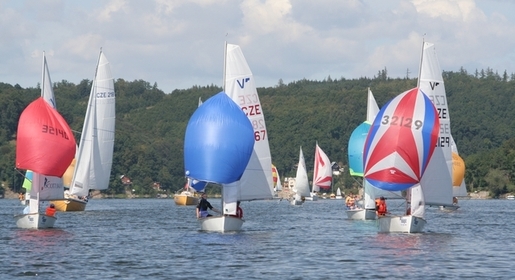 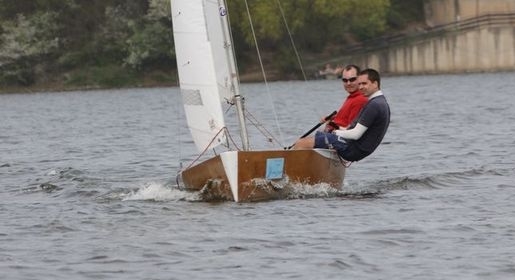 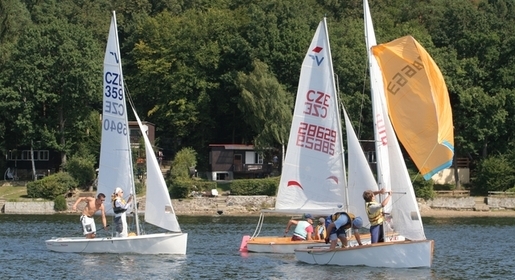 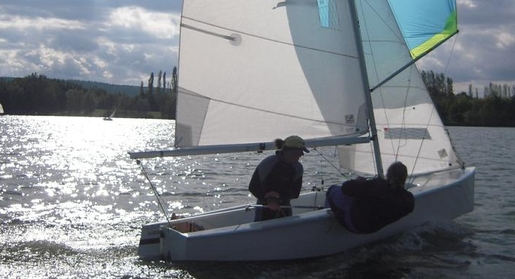 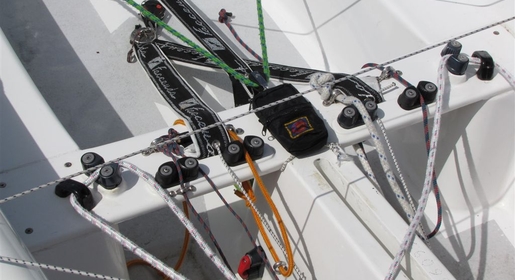 my name is Maurizio Raffaelli, I am an experienced sailor, an average racer, a passionate of Vaurien. In 1998 I bought a Faccenda Vaurien, the boat was measured by an authorised measurer and it proved to be conform to all class rules. I received an official document issued by IYRU (later ISAF) called Measurement Form assessing that my boat was ?regular?. With this boat I qualified for the 2000 World Championship in Loctudy. Here the boat was measured again and passed the examination of the official measurement committee.

Loctudy championship was part of my summer vacations and I was there together with my family, inclusive my 12 years old daughter Marina. She fell in love with the regatta atmosphere and for the first time in her life she told me she would like sailing. Up to there she had always refused to share my passion for sailing, and since I think that parents should never force their children towards their own passions, I had accepted her will without insisting. But in Loctudy she did ask me to let her learn sailing and, of course, I did my best to answer to her desire. In August 2000 she attended a course in Italy, and up to the following spring I found for her a lot of crewing occasions in Vaurien regattas. Since she proved to be very versed and passionate, at Easter 2001 I took her to Oropesa in Spain for the Copa de Espana. As soon as we got there I told her: you will be the helmswoman, I will be your crew. She didn?t expect so she was very happy of that chance. During the eight races of the championship I tried to teach her as much as I could about racing. She learned very quickly. By the end of the regatta, while tying the boat on the trolley to go back home I said: from now on this boat will be at your disposal, find your crew and race by yourself, on our arrival to Italy I will buy a new boat for me. How happy she was! And how soon her enthusiasm brought its first results: in Livorno at Trofeo Accademia Navale, some weeks later, she got an astonishing eight place in the second race. Buying a new boat, a new mast (and so on) had cost to me 5000 Euro, but I was so satisfied both as a passionate of sailing and as a father! It was money well worth.

But now I hear that CIV is about to declare unfit, illegal, non-conform all the Faccenda Vaurien built before September 2000 (or something of this kind), insinuating that those boats have edges whose rounding is out of the class rules. These rumours whisper of new templates for the edges, specifically built for the purpose by CIV, that will be used for the measurement at the next Worlds, and whisper that all the boats whose edges will not fit those templates will be out of the competition. Is there someone joking here? And if the joker is not who whispers, who else is attempting the future of the Vaurien class?

Let?s examine together the situation of my daughter?s boat, which was built in 1998. It has a regular measurement form, signed by an authorised measurer and validated by ISAF. There are no possibilities of doubt: that document is THE LAW WRITTEN ON THE STONE, stated by the international authority of sailing (ISAF, formerly IYRU to which CIV belongs) trough the voice of an authorised officer (the measurer). On that document there is written at the beginning:
?The boat shall conform to all class rules, even if some of the rules are not mentioned on the measurement form; if the measurer feels the slightest doubt concerning the accuracy of any part of the boat, he shall report it on the measurement form and send it to the national authority.? I went trough Marina?s boat measurement form and trough many others belonging to boats built in the same years: I did not find any note by the measurer. It should mean that the boats were okay when they left the shipyard, shouldn?t it? It means also that no new measuring act can unreasonably invalidate what has already been declared as conform, unless an official decision is taken contemporarily by CIV: the one of mistrusting and prosecute by the law the measurer or the measurers who issued the original forms, and of immediately declaring all those forms as waste paper. For moral reasons in this case CIV should undoubtedly take in charge even the eventual damages suffered by those affiliates who could find themselves in trouble because of CIV sharp rejection of (up to now) legal and legally accepted acts. All this is involved by what is usually called CERTAINTY OF LAW.

Yes, one could argue that the owner might have changed the characteristics of his boat after the issue of the original measurement form, but in this case the goal of a new measuring act should be the one of discovering the reasonably possible alterations, using reasonable manners. I could have rounded more than allowed the exposed edges between the hull bottom and the side panels on Marina?s boat (and yet I did not), it is a simple matter of brushing off. But in order to round the edges between the keel and the hull bottom I should have added some kind of moulding stuff? Let?s assume that Marina will qualify as junior for the next worlds 2002 or 2003, she is improving quickly, it could happen: if at the next worlds the measurement committee, with the aid of the brand new templates provided by CIV, should tell Marina that the edge between the keel and the hull bottom is too rounded and should invite her to tear off the illegally added stuff, do you know what would happen? The following: such an intrusive intervention would demonstrate that under the varnish there is not some kind of moulding stuff, there is glass fibre, there is the boat as it was originally built and originally measured by the measurer. Well, the integrity of the boat would be badly compromised by such an inconsiderate suspicion, but who would pay for the damage? I am ready to scratch Marina?s boat along the keel, is CIV ready to pay for the severe damage?

In my opinion this uncertainty about the value that CIV will attribute in the next future to the original measurement forms of Faccenda boats built before September 2000 is creating a serious threat to the vitality of the Vaurien class. Tens and tens and tens of these boats are racing in Italy, Spain, Netherlands, Czech Republic, Portugal? should we all change our boats because CIV is deciding that our measurement form (an ISAF document) is false? The Vaurien measurement form has been totally conceived by CIV, it is CIV who established which measures had to be taken by the measurer with the aid of templates and which not: may CIV decide to add, from time to time, a new template to those in use at world championships and thus deny all the measuring acts (possibly less accurate) made up to now without those templates but ever according to the procedures established by CIV? To be sure of avoiding problems of which they are completely non-responsible, the owners of these boats should buy a new one before the next worlds. It means, for instance, that after spending six months ago 5000 Euro to give my old boat to Marina (and thus add a new team to the Vaurien fleet) now I should spend some 5000 more Euro to give her another (new) boat! I ask again: who is joking with the future of the Vaurien class? A huge number of owners are facing the same problem of changing what they bought one or two years ago, who can afford it? How many existing teams are we loosing with this policy? How many potential teams will we discourage with the abolition of the second hand market of Faccenda boats, the far most widespread boats of the class meaning various hundreds of boats?

I look forward receiving a reply to my questions, I hope a convincing reply. Otherwise I will apply for the opening of a case to ISAF, I think that in this affair there are many aspects that would require ISAF intervention, for one moral reason above all: any class is free of establishing its own rules and administrate them in full autonomy, but the belonging to ISAF imply the respect of a basic principle which is acting for the diffusion of sailing. And I firmly doubt that, if rumours are reliable, CIV is respecting that commandment.
Sincerely yours